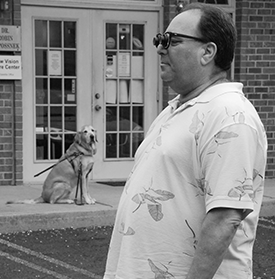 “I was told nothing more could be done but, I wasn’t willing to accept that…I thought surely, there must be something more I can do.”
—Joel Cohen

He had been told that nothing more could be done for his vision. His peripheral vision was so constricted that he could not get around at all without his guide dog. Mr. Cohen was considered legally blind. In addition, his limited side vision interfered with reading legal documents, because he could only see one word at time. It was taking him hours to read a single legal brief. 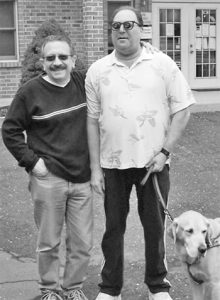 A low vision evaluation by Dr. Errol Rummel, a New Jersey low vision optometrist (a Fellow of the International Association of Low Vision Specialists) proved that the other eye doctors were wrong. Using the IALVS endorsed reverse telescope system, Dr. Rummel was able to design and prescribe special eyeglasses, that allowed Mr. Cohen more freedom from his guide dog, and made it easier for him to more quickly read legal documents.

Getting Your Life Back With Low Vision Glasses